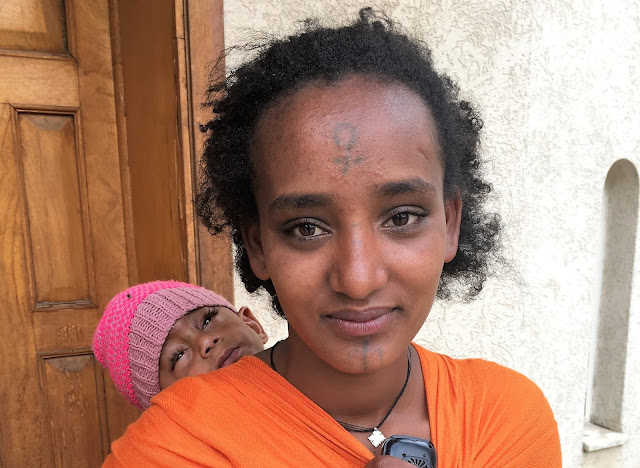 The United Nations has designated today as an International Day to End Obstetric Fistula Day.


"Obstetric Fistula is one of the most serious and tragic injuries that can occur during childbirth. It is a hole between the birth canal and the bladder or rectum caused by prolonged, obstructed labour without treatment.

The condition typically leaves women incontinent, and as a result they are often shunned by their communities. Sufferers often endure depression, social isolation and deepening poverty. Many women live with the condition for years – or even decades – because they cannot afford to obtain treatment.

An estimated 2 million women in sub-Saharan Africa, Asia, the Arab region, and Latin America and the Caribbean are living with this injury, and some 50,000 to 100,000 new cases develop each year. Yet fistula is almost entirely preventable. Its persistence is a sign that health systems are failing to meet women’s essential needs.

Obstetric fistula symptoms generally manifest in the early post-partum period. However, other, equally severe symptoms such as psychological trauma, deteriorating health, increasing poverty, and social stigmatization by family and friends can and often do occur."  - U.N. website

EMIWEDET IS ONE OF OUR HOPE FOR KORAH MOTHERS. She has endured much suffering due to a serious obstetric fistula. Shared with her permission,
THIS IS HER STORY. 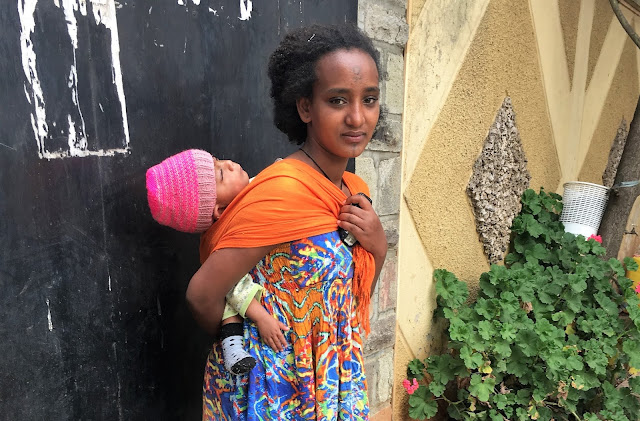 We met Emiwedet when she arrived unexpectedly at our doorstep in June 2017. At only 22 years of age, she had experienced more heartache and pain than most do in a lifetime. She was married in the countryside of Ethiopia at 13 years old, became pregnant at 16 and after 4 days of obstructed labour she became unconscious. When Emiwedet awoke 24 hours later, her baby had tragically died and she was left with a serious fistula due to her complicated delivery. The stigma associated with this condition is great and her husband soon abandoned her. Emiwedet sought medical care in the countryside and after a partially successful surgery, she later remarried. Shortly thereafter, Emiwedet had another baby, a son, whom she named Yabsira. Sadly, Yabsira was born with significant developmental delays due to another complicated and obstructed labour. Emiwedet's fistula and incontinence worsened. For the next 21 months she suffered and her son's health deteriorated.

This past June, Emiwedet came to us desperate, exhausted and alone. She had come to Addis Ababa seeking medical care for both herself and her son. With no support, no money and no hope, she ended up in the slum community of Korah. Emiwedet had little control over her bodily functions and no access to sanitary support or adult diapers. This beautiful young woman and this precious baby who lay listlessly on her back were so highly valued by God, yet so ostracized and forgotten by man. It was hard for our staff to hold back their tears.

Emiwedet's story does get better… Shortly after our meeting, she was quickly sponsored through Hope for Korah and thankfully, this past winter Emiwedet underwent a successful, free surgery at the Hamlin Fistula Hospital in Addis Ababa. She is currently in vocational training to become a cook.

During this time, her young son Yabsira was in our day care and he has been improving every day. When he arrived in June, he was 1 yr. 9 mos. old and he had not yet learned to crawl, let alone walk. After consultation with doctors, our medical staff thought the best physiotherapy might be a jolly jumper/walker and because these toys are not plentiful in Addis, pink had to do. He LOVED IT!!! In no time, this little guy with under-developed muscles in his legs was bouncing up and down and began to propel himself forward. He has since started crawling and is growing and gaining weight due to increased and better nutrition, love and care from our day care staff. 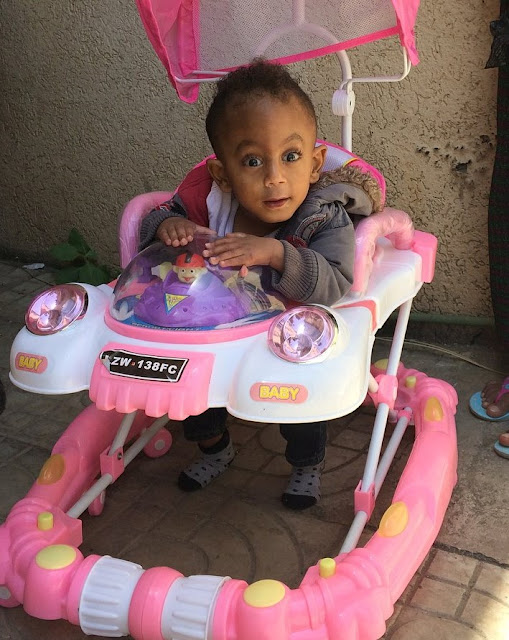 Hope for Korah is so grateful for the many people who have become the "Story Changers" in Emiwedet's life! For our Ethiopian staff who have come alongside her; for the amazing, life changing work of Hamlin Fistula Hospital; for her sponsor New Beginnings Church in Florida; and for Virginia Beach United Methodist Church who has provided the day care and support her young son receives. Ultimately we are thankful to God, who we believe has orchestrated all of these people working together to change Emiwedet's life!

The United Nation calls on the international community to use this International Day to significantly raise awareness and intensify actions towards ending obstetric fistula.

"Obstetric fistula can be prevented and in most cases treated. Reconstructive surgery with a trained, expert fistula surgeon can repair the injury, with success rates as high as 90 percent for less complex cases. The average cost of fistula treatment—including surgery, post-operative care and rehabilitation support—is $300 per patient.

Obstetric fistula is preventable; it can largely be avoided by: delaying the age of first pregnancy; the cessation of harmful traditional practices; and timely access to obstetric care.

The prevention and treatment of obstetric fistula contribute to achieving the U.N.'s Sustainable Development Goal 3, which is ensuring healthy lives; in this case, improving maternal health.