GTS Cyprus Team in Action - Giving their ALL & getting their Hands Dirty! 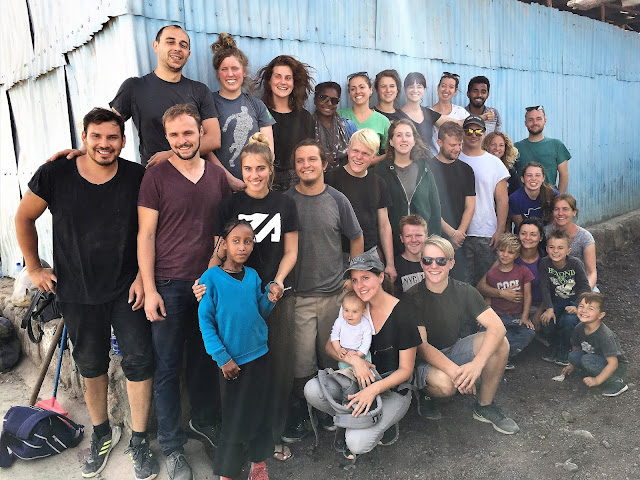 This past week our HFK staff and I had the joy of hosting a large group of 48 people from Gateways International Training School in Cyprus, Greece. The team consisted of many individuals representing over nine different countries. It was a diverse group who brought much happiness to everyone they interacted with. The team was divided into two groups, both visiting on separate days. The first half arrived early in the morning ready to serve at both of our Berta feeding programs. Before we had time for an introduction the entire team jumped into action serving tea and Berta pancakes while interacting with the children. I could tell immediately by all the smiles that they were well received by our youth.


The day proceeded on with many work projects including the painting of our new Elder’s Home compound, as well as our youth library. Fresh paint started to brighten the walls as the team began their work. Everyone joined in on the efforts including some of our young men who enjoyed working hand and hand with the volunteers. Later in the day I visited our Income Generation compound where the other half of the team was interacting with some of our women and our daycare children. To my surprise, as I walked into the room I found the entire team leading songs of praise in Amharic! It did not take long for our families to join in on the singing as everyone worshiped collectively. It was such an incredible experience to witness such a variety of people from different nationalities singing to the same Almighty God! 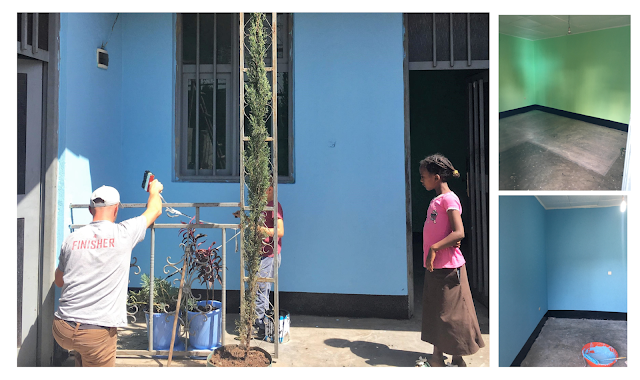 Shortly thereafter some team members returned to their work projects while others went on home visits to HFK families who are housebound or needing encouragement due to illness. Another group went to visit our Elders' Leprosy Home and serenaded them with songs of adoration. By the end of the day it was remarkable to see all that the team accomplished in a short amount of time.

The following day we welcomed the second half of the Cyprus team who were also very excited to assist in any way they could. Again, everyone worked together to accomplish what needed to be done. By mid-afternoon the elders compound was completely transformed into something truly beautiful. The team's effort went towards much more than just a redecoration or upgrade of a compound, they were creating a tranquil place for our dear elders to feel dignified and at peace, which they all so deserve. Late into the afternoon, the team also laid fresh red-rock gravel on the grounds of our Berta compound in preparation for rainy season. This was a hard-working crew!

I was truly amazed with all that was accomplished over two days. The Cyprus team was made up of very special people who truly live out what it means to serve God. The time they spent with us meant so much to so many, and we will not soon forget the love and joy they brought through their service.

Thank you so much Gateways International Cyprus Team!!